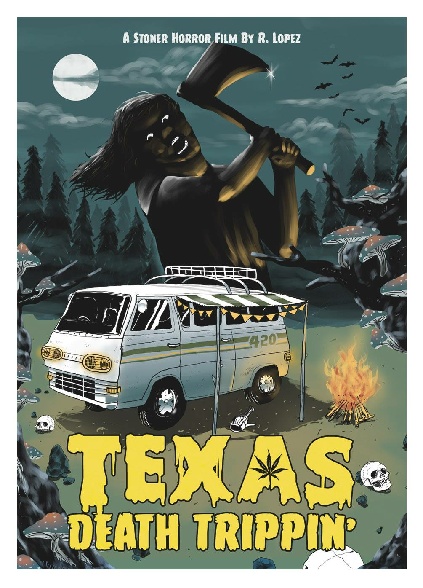 With all of the film work being done over the past months at Crude Comics Inc., we are pleased to announce that we are expanding into making not only short films, but full length feature films as well!

Our first full length feature starts filming on April 13, 2019 titled TEXAS DEATH TRIPPIN‘, with our own R. Lopez at the helm directing this epic stoner/horror adventure that will be shot in 5 states on over 30 actual death sites where the killers were never found. This will be an epic stoner romp fresh with laughter and dripping with the blood of party loving young adults.

Our second feature film titled HEADCHEESE The Movie starring Richie Ramone (The Ramones) and Mark Dodson (Return of the Jedi and Gremlins 1 and 2), will begin shooting on September 27, 2019.

Donate now to support the Cult of Blood Celeb Cameos and Finishing Funds on INDIEGOGO!!